Two Canadian authors have made the short list for the Man Booker Prize. 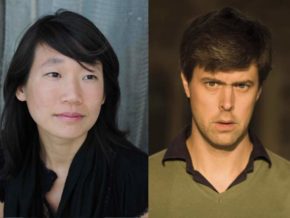 Vancouver-born Madeleine Thien and Montreal native David Szalay were named in London this morning.  Two American and two British authors are also on the list.

Szalay, who is now based in Hungary, received the nod for his book “All That Man Is”; a story set in various European cities that follows the lives of men from their teens through old age.Thien is being recognized for “Do Not Say We Have Nothing”, a story is set in China before, during and after the 1989 Tiananmen Square protests.

The Man Booker was founded in 1969.  Until 2014 was only open to writers from Britain, Ireland and the Commonwealth.  It’s since been expanded to include all English-language authors.