Winnipeg-born Oscar Brand, the host of “Let’s Sing Out” on Canadian TV in the 1960s has died at the age of 96. 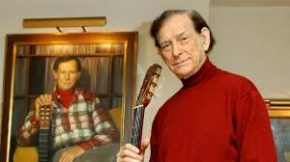 For 70 year’s Brand hosted “Folksong Festival” on public radio in the states, earning a place in the Guinness Book of Records as the longest-running radio program with a single host.