STRIKE AT FIAT-CHRYSLER AVERTED AS UNIFOR EYES FORD NEXT

A final hour tentative agreement has averted a threatened strike by nearly 10,000 workers at Fiat-Chrysler’s operations in Etobicoke, Brampton and Windsor. 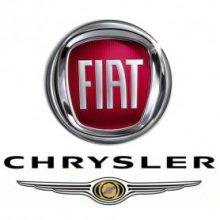 Unifor President Jerry Dias made the announcement just before the midnight deadline on Sunday. He said workers will take part in a ratification vote on Sunday and if approved, Ford will be next, and then a wider conversation will take place.

“There’s going to be a much broader discussion that’s going to happen in Canada over the years to ensure that this industry, the number one export industry in Canada, is not only stable for the present, but we’re also going to be challenging governments and having discussions with governments about the long term,” Dias explained.

Dias says the Fiat-Chrysler deal mirrors the one reached with General Motors on September 20th. That deal, since ratified, includes a two per cent wage increase this year and another in September, 2019. There is also a six-thousand dollar signing bonus, plus lump sum bonuses and benefit upgrades. Another highlight of the Fiat-Chrysler deal is a $325-million investment at the assembly plant in Brampton.