The Presto fare-card rollout on the TTC is running millions over budget and the project still isn’t complete – according to the Toronto Star. 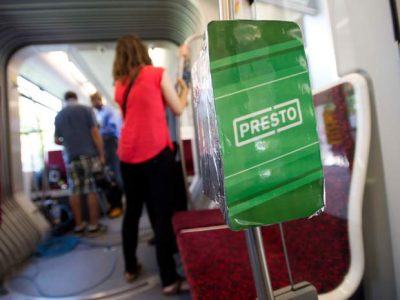 The cost of installing the Presto system has gone over initial budget estimates – and Metrolinx, the provincial transit agency in charge of the Presto program – says it doesn’t know how much the bill will eventually come to – and won’t provide an estimate of final costs until an unspecified later date.

But as of March 31st the agency had spent almost $277 million deploying Presto on the TTC.  That’s almost $22 million higher than the Metrolinx 2012 estimate of $255 million.

Also unaccounted for are the future costs of upgrading the Presto system - which currently enables riders to pay their fare with a tap of a prepaid card.

Ontario’s Minister of Transportation, Stephen Del Duca has said the higher-than-expected cost was reasonable – and attributed it primarily to the TTC changing the scope of the project.