SOME OLDER MOTORISTS CONTINUE TO DRIVE EVEN WHEN NOT SAFE: CONFERENCE BOARD OF CANADA STUDY

Some older drivers have decided not to hang up the keys because of a lack of transportation alternatives, even if it’s no longer safe for them to be behind the wheel. 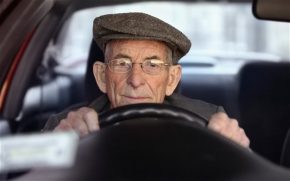 This is the conclusion of a new study, released by the Conference Board of Canada, which determined that while some seniors are dependent on their cars for longer than they should be, many of them have few other options if they wish to maintain their independence and mobility.

Study author Daniel Munro says either seniors will decrease their travel when they don’t have alternatives which leads to poor health and quality of life, or some will continue to drive even as their physical and mental capacity decline which creates risk for themselves and people in the community.

The report notes that among Canadians between the ages of 65 and 74, close to 70 percent reported driving as their primary form of transportation. For people older than 85, the number was 30 percent. Less that 10 percent of seniors relied on public transit and less than 5 percent walked.