Experts are speculating as to what would cause a registered nurse to commit 8 murders over seven years in two long term care homes. 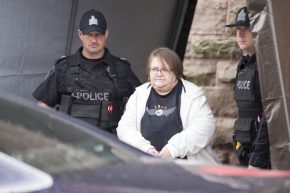 49 year old Elizabeth Tracey Mae Wettlaufer of Woodstock, Ontario has been charged with 8 counts of first degree murder, in a story that has created headlines around the world.

Police detectives would only say that she is alleged to have used a drug to commit the murders of five elderly women and three men between 2007 and 2014.

“Some have suggested that they have what is known as Mother Theresa syndrome, which is a sub-variant of narcissistic personality disorder whereby they develop some sort of delusion of playing God,” Arnfeldt told the CBC.

This case is yet another hit on Ontario’s 630 long term care homes, which experts say are severely underfunded and short staffed. Doris Grinspun is the CEO of the Registered Nurses Association of Ontario. She says “the 77,000 residents are coming into homes older and frailer, but their fragile condition doesn’t mean its in the hands of the health professional to make life and death decisions.”