You can now browse the aisles for wine, in addition to beer, at some Ontario grocery stores.

Friday is the first day nearly 70 grocery stores in the province can stock their shelves with wine. The governing Liberals at Queen’s Park granted approval for wine sales to a select group of stores earlier this fall. 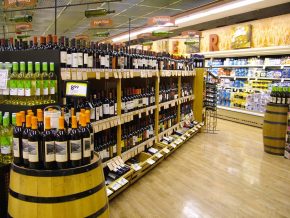 The retailers approved to sell wine represent a mix of large and independent grocers, including Farm Boy, Highland Farms, Loblaws, Metro and Sobeys, as well as:

The winning grocers were selected in a competitive bidding process held by the Liquor Control Board of Ontario. Beer was introduced in some grocery stores last December.

Beer and cider will eventually be sold in up to 450 grocery stores in Ontario under a plan to liberalize alcohol sales, and wine will be available in up to 300 of those stores.