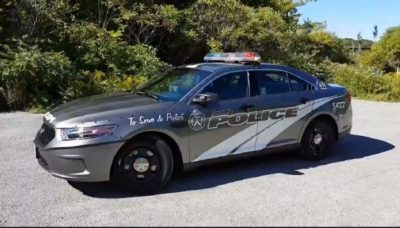 Toronto’s chief of police has blown the whistle on the rollout of redesigned grey police cars – after city council asked the force to keep its old white, red and blue design.

Councillor Michael Thompson brought the issue to council because he said residents were concerned about the “militaristic” look of the squad cars.

Today, council passed Thompson’s motion calling on police to stop the purchase and distribution of the grey cars.

The new cars started rolling out earlier this year, and were to be phased-in over the next few years.

They have a grey body with grey and white text, deviating from the traditional white, red and blue style.

Chief Mark Saunders announced this afternoon that he’s decided to stop bringing in the new cars – and that “further work is necessary.”