LACK OF SLEEP CAN COST YOU FINANCIALLY: NEW RESEARCH

Did you get enough ZZZZ’s last night?

Insufficient sleep has been proven to cost people productivity and cause health risks, and researchers say a lack of sleep can cost you financially as well.

They looked at survey data from more than 63,000 people over the last year, and calculated the effect of lost sleep. 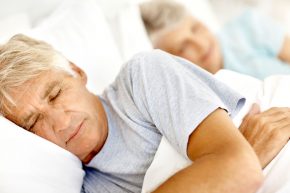 Those who slept less than six hours a night had a 13 per cent increased risk of early death and lost approximately six days’ worth of productivity per year compared with those who slept at least seven hours.

The study released by the independent research institute RAND Europe found up to $680-billion worldwide is lost each year due to a lack of sleep.