TONY ROSATO OF SCTV AND SNL - DEAD AT 62

Canadian actor Tony Rosato has died, at the age of 62.

The cause of death is not known but he suffered from a deteriorating mental condition.

Rosato was a veteran of the hit sketch-comedy shows Saturday Night Live and SCTV. 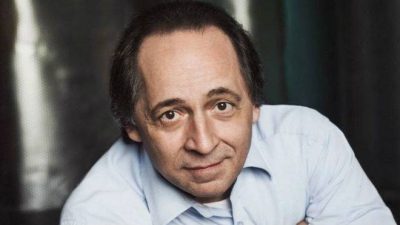 The Italian-born actor joined Martin Short and Robin Duke as the only three performers to have been cast-members of both Saturday Night Live and SCTV, the classic homegrown comedy show – which spun out of Second City – shortly after SNL launched in the mid-1970s.

One of Rosato’s most memorable SCTV characters was Marcello – a clumsy TV chef whose “Cooking with Marcello” lessons always ended up in a kitchen disaster.

Rosato was a busy voice actor and TV regular, with appearances on shows including Due South, Street Legal, L.A. Law, and RoboCop.

UHN REQUIRES UNVACCINATED EMPLOYEES TO TEST NEGATIVE BEFORE THEIR SHIFT