If you enjoy your toast well-browned and roast potatoes well done, you may want to change your cooking and eating habits. 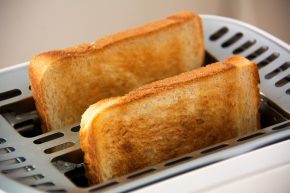 The Food Standards Agency in the U.K. says people are consuming too much acrylamide, a chemical that’s produced naturally as a result of cooking starchy foods at high temperatures.

Acrylamide has been shown to cause cancer in animals and while it hasn’t been proven to do so in humans, many food scientists think it’s likely to have the same effect.

The potentially carcinogenic effect of the substance in food was first highlighted by a Swedish study in 2002.

The FSA has a campaign called “Go For Gold” which recommends aiming for a golden yellow colour or lighter when frying, baking, toasting or roasting starchy foods.