New England’s star quarterback Tom Brady led a comeback from a record 25-point deficit for a 34-28 win over Atlanta, his fifth Super Bowl win and the first NFL Championship game to go to overtime. 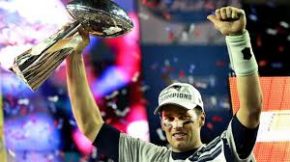 Brady went 43 of 62 for a Super Bowl career-best of 466 yards and two scores. His 62 passes set a record for the title game and lead New England to its fifth Super Bowl title in seven tries.  Brady was named Super Bowl MVP for the 4th time in his career.

The City of Boston has a Super Bowl Championship Parade planned for Tuesday morning.