SONDHEIM TO BE HONOURED BY PEN AMERICA

Stephen Sondheim is about to add to his long list of honours.
The latest comes from the literary and human rights organization PEN America – which has announced that the composer is this year’s recipient of the PEN/Allen Foundation Literary Service Award. 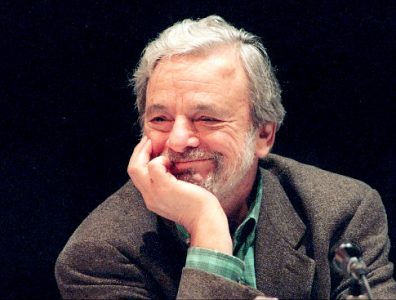 Meryl Streep will present Sondheim with the prize at the group’s annual literary gala April 25th – at the American Museum of Natural History.

Sondheim has written the music or lyrics or both – for a number of block-buster musicals including West Side Story, Sweeney Todd and Into the Woods.

PEN will also honour Macmillan CEO John Sargent – for his advocacy of publishers’ and authors’ rights.

It’s the second straight year PEN has cited a publisher who confronted Amazon.  In 2010, Amazon removed “Buy” buttons from Macmillan books including works by Jonathan Franzen and Hilary Mantel – in a dispute over e-book prices.