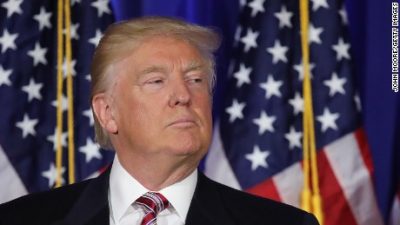 The three federal judges said the U.S. government hadn’t pointed to any evidence that anyone from the countries named in the executive order had committed a “terrorist attack” in the U.S.

In their ruling the panel also said: “On the one hand, the public has a powerful interest in national security – and in the ability of an elected president to enact policies. And on the other, the public also has an interest in free flow of travel, in avoiding separation of families, and in freedom from discrimination.”

After the court’s unanimous ruling Trump tweeted  “SEE YOU IN COURT, THE SECURITY OF OUR NATION IS AT STAKE.”