20 PER CENT FEWER FILMS AT TIFF THIS YEAR 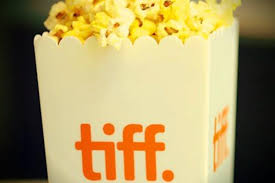 The Toronto International Film Festival is shrinking the overall number of films it will offer this year by 20 per cent – and it will do away with two special film programs.

TIFF organizers say the fest is scrapping the Vanguard and City to City sections.

TIFF says it has “a renewed commitment to bold, discerning curation” – and the biggest public film festival in the world promises “a more tightly curated festival.”