A Bank of Montreal survey suggests Canadians contributed less to their tax-free savings accounts last year because many didn’t have the money to invest. 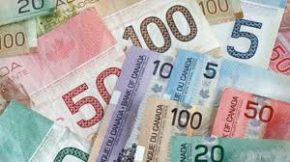 The survey found respondents contributed an average of just under $4,600 into their accounts, almost $1,000 less than the year before.  43% blamed that on a lack of funds.  36% said they needed the money for expenses.

It is expected to be even worse this year with respondents estimating they will contribute even less this year than they did last year.