Finance Minister Bill Morneau will not speculate on whether his March 22nd federal budget will do anything to bring the books back into the black sooner. 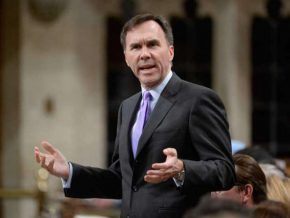 The budget, the second one under Prime Minister Justin Trudeau, comes as Ottawa and corporate Canada scramble to assess the risks of unpredictable Trump Administration policy actions in the United States.

“And what a budget it’s going to be,” said Zoomer Radio’s Financial Analyst Kim Parlee at TD Wealth, “I mean the tough part for the Canadian government is to figure out how to create policy and spending plans that are going to take into account a whole lot of uncertainty; things like, will there be a border adjustment tax coming in in the States? What will the U.S. tax policy look like? What will NAFTA look like? So it’s tough job, but of course, they’ve mentioned that their focus is on infrastructure and they plan on spending against that.”

After announcing the upcoming budget, the finance minister stuck to the government line that they plan to continue to provide the kind of measures that will grow the economy and get Canadians working.