In some areas of southern Ontario, it’s being called a storm. In other areas, it’s a snowfall.

Environment Canada has issued winter storm warnings for Niagara, Hamilton, Burlington and Oakville, ahead of a late winter weather system which is due to arrive late this morning and continue through tomorrow. Snow in the amount of 15-25 centimetres is expected in most of these areas, with as much as 30 centimetres forecast for the Hamilton-Niagara corridor.

In Toronto, less is expected – about 10-15 centimetres in all.

Toronto Police Inspector Chris Boddy reminds us to drive according to the weather conditions. 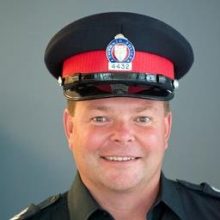 “People are driving too quick and they’re taking chances and they’re dangerous to themselves and to others on the roadway so it’s going to be snowing this afternoon into tonight, everybody knows this, we’ve been talking about it all weekend long, so prepare your vehicle, prepare yourself if you’re going to be driving in these conditions,” Inspector Boddy explained during a visit with Zoomer Radio’s Happy Gang.

We’ll have to bundle up even warmer than usual when we shovel, since the Extreme Cold Weather Alert remains in effect. Temperatures are well below normal until Thursday.