YAHOO HACKING SUSPECT TO APPEAR BY VIDEO IN HAMILTON COURT

The 22 year old Ancaster, Ontario man charged in connection with a massive hack of Yahoo emails is scheduled to make a court appearance in Hamilton today.

Karim Baratov is to appear via video link. 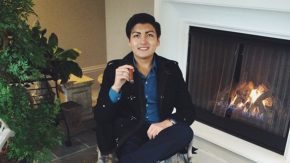 Baratov says he is innocent, and was arrested earlier this week at the request of U.S. authorities who want to extradite him.

A grand jury in California indicted Baratov and three others for computer hacking, economic espionage and other criminal offences.

Yahoo sent an email in September alerting users that their account information including email addresses, telephone numbers, dates of birth, passwords and security questions had been stolen in a cyber attack two years earlier.