Donors from around the world pledged more than $75 million US today to a Unesco-backed alliance dedicated to protecting cultural heritage sites threatened by war – and ideologically-driven destruction carried out by so-called Islamic State terrorists. 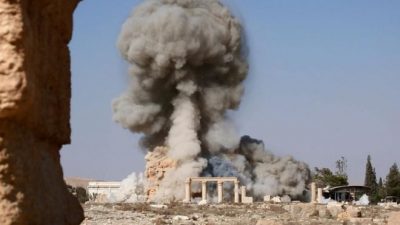 At a donor conference in Paris at the Louvre Museum – French President Francois Hollande issued a passionate call for more countries to contribute to the newly-created Heritage Alliance.

The organization’s initial goal is $100 million.

IS terrorists have stolen or destroyed a host of cultural artifacts – including the ancient Mosul Museum in Iraq and the Syrian town of Palmyra.

In co-ordination with Unesco, the International Alliance For the Protection of Heritage in Conflict areas (ALIPH) aims to protect heritage site destruction, fight trafficking of stolen artifacts and pay for restoration. But it also dreams of creating a global network of sites where artifacts endangered by fighting or terrorism could be temporarily stored for safekeeping.