An additional level of security is going into effect on U.S. bound non-stop flights from 8 countries in Northern Africa and the Middle East. 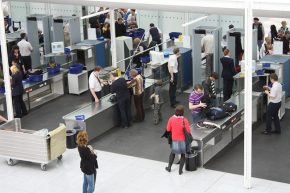 Laptops, iPads, cameras and other gear larger than a cellphone will have to be placed in checked luggage.

Word from the U.S. Homeland Security Department is that the ban affects nine airlines which have been given 96 hours to implement the security order or face being barred from flying to the U.S.

The decision is said to be prompted by evaluated intelligence about ongoing potential threats to airplanes bound for America.

The affected non-stop flights originate from 10 airports in eight countries.

Join Jane Brown on Fight Back with Libby Znaimer today at noon when Security Expert Ross McLean and Conservative Pundit Paul Pacelli will be Jane’s guests.