Ontario’s Health Minister is promising to set up a coordinating service for doctor assisted death later this year.

But in the meantime, healthcare providers on both sides of the debate say Ontario’s system for connecting patients who want an assisted death with cooperative doctors is failing the grievously ill and putting pressure on physicians who want no part of the law. 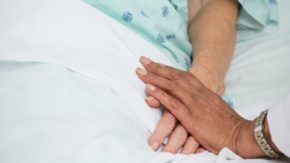 Ontario’s Ministry of Health and Long Term Care is currently keeping a confidential roster of medical-aid-in-dying providers. The names on the list are available only to other clinicians making referrals.

Toronto Family doctor Chantal Perrot says she’s had a couple of patients who made suicide attempts because they were concerned they weren’t going to be referred and couldn’t stand it anymore. And doctors who object to referring patients for assisted death on moral grounds are taking their own regulatory college to court, and asking the provincial government to insert a conscience-protection clause into an assisted-dying bill that is working its way through the legislature.