The City of North Bay has decided to keep the Dionne Quintuplets birth home and its contents with in the city. 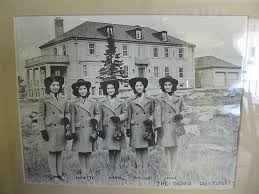 City council was reacting to a public outcry over a proposal to move the home to a nearby community and hand over its contents to museums and universities.

Among the most  vocal opponents were the two surviving quintuplets, who wrote a letter to councilors suggesting there is a “moral obligation” to safeguard the home as a part of Canadian history.

The 82-year-old sisters, who live in Montreal, said their story put the City of North Bay in the global spotlight and serves as a reminder of “how society and politicians sometimes bend the rules.”  The Ontario government took them from their parents and placed them in a special hospital where they spent the first nine years of their lives and where they served as a tourist attraction that poured roughly $500 million into provincial coffers.

The quintuplets were born in 1934,  the first in the world to survive more than a few days.