NAOMI KLEIN'S NEW BOOK WILL BE ABOUT TRUMP

Award-winning Canadian writer and activist Naomi Klein is coming out with a book this summer – about U.S. President Donald Trump.

No Is Not Enough; Resisting Trump’s Shock Politics and Winning the World We Need – will be published worldwide. 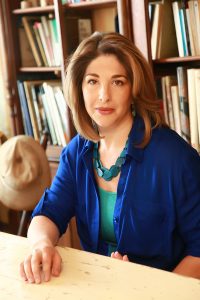 Klein penned the bestsellers No Logo; Taking Aim at the Brand Bullies, The Shock Doctrine and This Changes Everything – which inspired a documentary and also won the 2014 Hilary Weston Writers’ Trust Prize for Nonfiction.

Knopf Canada says Klein’s new book “exposes the forces behind Trump’s success and explains why he is not an aberration, but the product of our time : reality TV branding..celebrity obsession and CEO-worship..Vegas and Guantanamo..fake news and vulture bankers – all rolled into one.”

The book will be published on June 13th.