A week from today, commuters who drive the eastbound Gardiner Expressway into downtown will face a big change.

Starting April 17th at 5am, the exit to York Bay and Yonge will be closed and the existing ramp will be torn down and replaced with a shorter ramp to Lower Simcoe Street.

Mayor John Tory made the announcement more than two months ago, to give drivers time to adjust to the disruptive plans.

The new ramp is not scheduled to reopen until January 2018.

And as part of the greater plan, Harbour Street from Lower Simcoe to Bay Streets will be widened from three to four lanes to accommodate traffic flow in the area. The expansion is also designed to give pedestrians and cyclists better access to the waterfront. 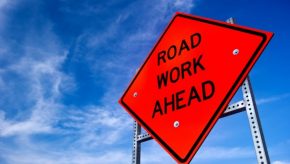 Jaye Robinson – Chair of the Toronto’s Public Works Committee – will have more to say about the coming construction season with fill-in host Jane Brown on Zoomer Radio’s Fight Back with Libby Znaimer after the noon news.