THE "XFILES" TO CONTINUE TO SEEK THE TRUTH.

The truth is still out there and Scully and Mulder aim to find it in a new 10-episode series of the  “The X-Files.” 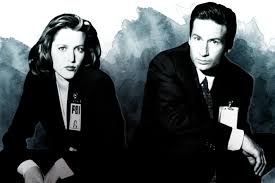 The Vancouver-shot drama about paranormal events and UFOs, which originally aired between 1993 and 2002, returned last year for a six-episode run.  Stars David Duchovny and Gillian Anderson will be back as Mulder and Scully, as will creator and executive producer Chris Carter.

Production on the new series will begin this summer.  It’s to air next year.