TRUMP BACKS DOWN ON NAFTA, CALLING FOR A FAIR DEAL FOR U.S., CANADA AND MEXICO

U.S. President Donald Trump says he won’t cancel the North American Free Trade Agreement, unless a fair deal can’t be reached for all.

A late-night announcement from the White House followed a day rife with speculation that he could be on the verge of threatening to put an end to the trade deal. 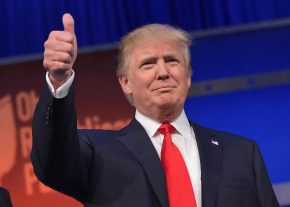 Trump first told the news to Prime Minister Justin Trudeau on the phone, followed by another call with Mexican President Enrique Pena Nieto.

The statement also said the three leaders agreed to proceed swiftly to enable the renegotiation of NAFTA to the benefit of all three countries, adding that both conversations were “pleasant and productive.”

Earlier this week, Trump said he would slap a 20 percent tariff on Canadian softwood lumber.