TRUMP TO MARK 100 DAYS WITH A ONE WEEK REPRIEVE BEFORE POSSIBLE U.S. GOVERNMENT SHUTDOWN

U.S. President Donald Trump’s 100th day in office Saturday seems destined arrive without House passage of a major Republican health care bill or enactment of a budget financing the government for the rest of this year. 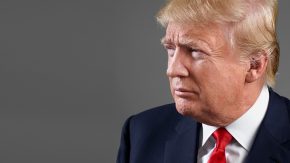 But the U.S. government probably won’t be shut down for at least another week.

Republicans fell short yesterday in their effort to round up enough GOP votes to pass it.

Final agreement has yet to be reached on a $1-trillion package financing the U.S. government for this year. So lawmakers have prepared a bill financing agencies for one week while talks continue.