The Canadian Opera Company says two performers in its production of “Louis Riel” are the victims of what may have been a hate crime. 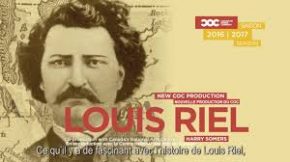 The male dancers, gay and of indigenous heritage, were attacked early this week and were forced to miss Tuesday night’s performance.  At least one suffered injuries serious enough to require hospitalization.

A Toronto Police spokesperson says there is no report of the assaults being filed.

Louis Riel, a co-production with Ottawa’s National Arts Centre, tells the story of the Métis leader and founder of Manitoba.

There are two performances of Louis Riel remaining, May 5th and May 13th.