MORE U.S. HOMES HAVE MOBILE PHONES THAN A LANDLINE: STUDY

There are now more homes in the U.S. with just cellphone service and no landline. 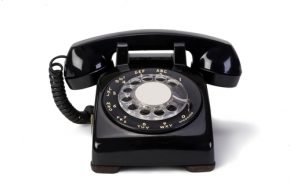 A study by the U.S. Centers for Disease Control and Prevention finds nearly 51 per cent of American homes and apartments only used mobile phones toward the end of 2016, while just under 46 per cent either only had a landline or both.

The remaining households had no phone service at all.

Cellphone-only households were associated with people between the ages of 25 and 34, those renting or sharing space with roommates, and those living near or below poverty line.