Free rides for out-of-province patients who use Ontario’s Ornge Air Ambulance service are now the exception. 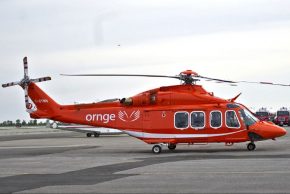 It was in the summer of 2015, when the governing Liberals decided to lift steep payments associated with Ornge Air use after an Alberta woman went into premature labour while visiting Ontario and needed the service. It ended up costing the woman more than $10,000.

An Ornge spokesperson told Zoomer Radio News, that earlier this year Ornge advised the Ministry of Health and Long-Term Care of its intention to change its billing policy with respect to out-of-province patients. Specifically, under the revised policy, Ornge would continue to invoice patients, but would cancel the invoice if two conditions were met: 1. The patient would attest that they did not have private health insurance; and 2. The patient had a valid health card from another Canadian province or territory. Upon receipt of this information, the invoice would have been forgiven. This revised policy in effect for the period January 1 to April 7, 2017, at which point we received Ministry direction and reinstated the original policy (policy prior to January 1, 2017).

Health Minister Doctor Eric Hoskins says these are the rules moving forward, but each case will be examined separately.

“If they have a concern about ability to pay, if that individual, a non-Ontarian, perhaps does not have the appropriate insurance, they have the ability to reduce or waive those costs,” Hoskins explained to CTV News.

Ornge Air provides service to about 160 out-of-province patients each year, and of those patients, the average cost per invoice is between $3000 and $4000, adding up to about $550,000 last year.