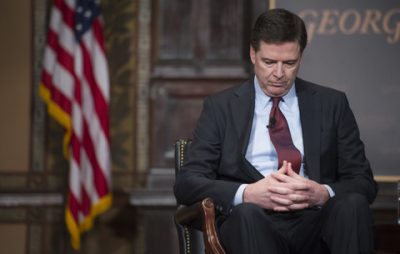 Comey’s firing comes days after he testified on Capitol Hill about the FBI’s investigation into Russia’s meddling in the U.S. election – and possible connections between Russia and Trump’s campaign.

In a statement, Trump says Comey’s firing “will mark a new beginning for the FBI.”