Scientists at the Royal Ontario Museum were inspired by the movie Ghostbusters – when they had to come up with a name for a new species of armoured dinosaur. 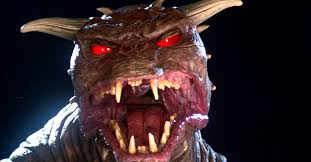 The museum says the dinosaur skeleton has been dubbed Zuul Crurivastator – pronounced Zool  CRUR-uh-vass-TATE-or – after a monster in the 1984 movie.

The ROM says the well-preserved skull of the 75-million-year-old dinosaur suggests it had a short, rounded snout – and prominent horns behind its eyes.

Research on the new species is published in the May 10th issue of the journal Royal Society Open Science.