TORONTO ZOO CLOSES BECAUSE OF STRIKE BY UNIONIZED STAFF

The Toronto Zoo will not open today after 400 unionized employees walked off the job at midnight.

A release from their union, CUPE Local 1600, says the Toronto Zoo’s refusal to move on job security left them with no alternative but to go on strike. Union President Christine McKenzie says “no one on the bargaining committee wanted a strike, but you cannot have a world leading research, conservation and education facility by consigning hundreds of workers to precarious, insecure jobs that don’t support communities.”

But this is not true according to Toronto Zoo Spokesperson Jennifer Tracey who says “since Tuesday morning the zoo has been providing the union with a series of proposals to address the very issues that they had raised. They had indicated that the number one issue for them was job security and we presented them with proposals that was respecting job security, so we were quite disappointed and taken aback when they triggered this strike action earlier this morning.” 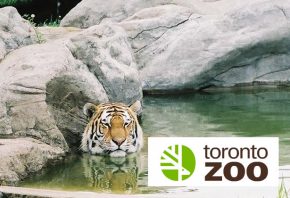 She says while the Toronto Zoo remains closed, management staff will make sure the animals are well cared for.

Picket lines have already started going up at the Zoo’s entrances.