A Canada-wide class-action lawsuit has been launched against the manufacturers of implantable defibrillators that can fail with little or no warning because of potentially defective batteries. 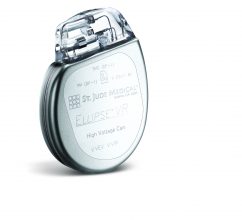 Both Health Canada and the U.S. Food and Drug Administration have issued warnings about the St. Jude devices after some of the devices’ batteries developed a lithium cluster formation, causing them to short-circuit and their power to rapidly deplete.

The allegations in the lawsuit have not yet been tested in court.