Time to break out the tuques and put the beer on ice – Bob and Doug McKenzie are reuniting in the name of charity. 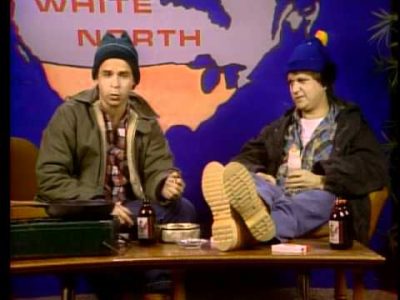 Rick Moranis and Dave Thomas are reviving their portrayals of the dim-witted hosers of SCTV’ fame for a star-studded comedy fundraiser at The Second City in Toronto on July 18th.

Joining them for Take Off, Eh! will be Dan Aykroyd, SCTV alums Martin Short, Catherine O’Hara, Eugene Levy and Joe Flaherty – as well as The Kids in the Hall stars Dave Foley, Scott Thompson and Kevin McDonald.

The benefit is being held in support of Thomas’s nephew, Jake – who was left paralyzed from the waist down – after suffering a spinal cord injury while snowmobiling in January.