There has been no public reaction so far from Ontario’s Health and Long Term Care Minister Dr. Eric Hoskins to mounting calls for a public inquiry following Elizabeth Wettlaufer’s guilty plea to killing 8 southwestern Ontario nursing home residents. Hoskins did say the government is open to looking into the deaths, but he refused to comment further because the case is still before the courts. 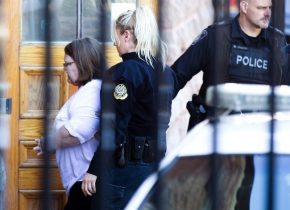 The former nurse detailed in a Woodstock court yesterday how she felt a “red surge” before and a “relief of pressure after” injecting insulin into each of her murder victims.

But Wanda Morris – VP of Advocacy for CARP – A New Vision of Aging – told Zoomer Radio’s Fight Back with Libby Znaimer, a public inquiry has to be broader than just this case.

“We could have one in Ontario. We could conceivably have one right across the country because the issues we’re hearing about here, we’re hearing about in other provinces. It’s seems that in many cases, long term care homes have become warehouses for the elderly, where they are greeted with neglect or disinterest. We need to do better,” Morris explained.

The call for a public inquiry was later joined by the Registered Nurses Association of Ontario.

Elizabeth Wettlaufer was employed by Caressant Care for seven years before she was fired in March of 2014. She was terminated because of a serious incident where she gave the wrong medication to a patient. Seven of the deaths occurred at Caressant Care. Her sentencing hearing is take place June 26th and 27th.