Two of the three men involved in Saturday night’s van and knife attacks on London Bridge and Borough Market have been identified by British police.
27-year-old Khuram Shazad Butt, a Pakistani-born Briton known to authorities.
And Rachid Redouane, who had claimed to be Moroccan and Libyan, had given his age as 25 or 30 and also used another surname, was unknown until the attack. 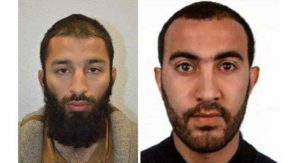 (Butt, left and Redouane / Metropolitan Police via AP)
The third attacker has not been identified.
At a vigil Monday next to London Bridge, Mayor Sadiq Khan vowed the city will never be broken by terrorists.

“Your perverse ideology has nothing to do with the true values of Islam.  And you will never succeed in dividing our city.”

The investigation into the terror attack is described as enormous. 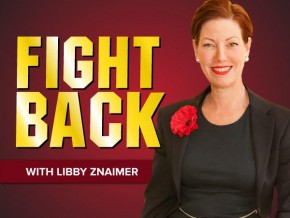 ”The Metropolitan police look after the area.  They’re about 30,000 officers strong, that’s down about 3,000 officers over the last number of years.  And supposedly they’re watching and looking after some 23,000 people on the terror watch lists that they’ve had to look at; 3,000 who are really bad.  So those are pretty outstanding numbers for them to have to police the whole city and deal with that level of terrorism surveillance.”

Among the seven who died, Canadian Christine Archibald,who was remembered in the House of Commons for her work with Calgary’s homeless, by Prime Minister Trudeau.

Her family is asking people to honour Christine’s memory by volunteering or donating to a homeless shelter and saying Chrissy sent them.