The mayor of Ottawa says his city will do all it can to prevent a terror attack for Canada’s 150th birthday celebrations in the nation’s capital, but Jim Watson admits, no amount of preparation can guarantee 100 percent safety.

Watson says it’s sad, but true, that Canada could be the target of the same kind of terror attack that killed seven people in London on Saturday, including a British Columbia woman named Christine Archibald.

Police in London have searched two homes in connection with the attack on London Bridge and the Borough Market.

“We’ve made a number of arrests over the last 24 or 36 hours,” Commissioner Dick explained, “I think I’m right in saying we still have twelve people in custody.”

In addition to the 7 killed, 48 people were injured – 21 of them critically. 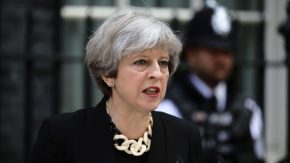 British Prime Minister Theresa May meantime, is warning of a new threat from copycat attacks.

“We need to work with allied democratic governments to reach international agreements that regulate cyberspace to prevent the spread of extremism and terrorism planning and we need to do everything we can at home to reduce the risks of extremism online,” May explained.

In a statement, Simon Milner, director of policy at the social network giant says this means “we will not allow groups or people that engage in terrorist activity or posts that express support for terrorism. We want Facebook to be a hostile environment for terrorists.”

A number of vigils are being held in the U-K today and tomorrow to mourn the victims of Saturday’s terror attack.