A minute’s silence was held across the United Kingdom this morning at 11 o’clock local time, in memory of the seven people who died in Saturday’s terror attack on London Bridge and nearby Borough Market. 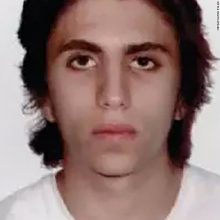 UK police have also identified the third attacker as Youssef Zaghba, believed to be an Italian national of Moroccan descent. Investigators says he’s from East London and was not a subject of interest to police or the intelligence services.

A new search is underway in a neighbourhood near the home of two of the attackers, who’s identities were released yesterday. One of them, Khuram Butt, was known to police and had appeared in a British documentary called The Jihadis Next Door. A neighbour had also called in to an anti-terror hotline about his threats.

A new search is underway in a neighbourhood near the home of two of the London Bridge attackers. The development has been announced hours after police said they had freed the last of the twelve people detained following the van and knife attack on Saturday night.