The 22-year-old Ancaster man, accused in a massive hack of Yahoo emails, will have to remain in custody as he now turns attention to fighting extradition to the U.S. 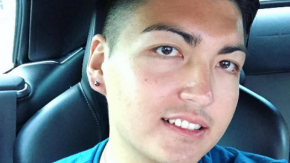 (Instagram)
Lawyers for Karim Baratov say their bid to challenge a judge’s decision to deny him bail has been dismissed.

Baratov was arrested in March under the Extradition Act after American authorities indicted him and three others – two of them allegedly officers of Russia’s Federal Security Service – for computer hacking, economic espionage and other crimes.