'COME FROM AWAY' GETS BEST DIRECTOR AT TONY AWARDS, BUT MISSES OUT ON TOP PRIZE

Canada’s homegrown stage production Come From Away has been honoured at the Tony Awards. 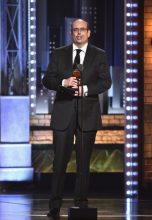 Christopher Ashley won the Tony for best director of a musical and paid tribute to Newfoundlanders in his acceptance speech.

“I’d like to accept this on behalf of the people of Newfoundland and all of the first responders and all of their families in New York…the people who gave their lives, and the people who extended their hearts and their homes and were generous and kind at the very worst moments,” Ashley told the audience. 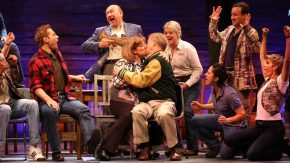 The show set in Gander, Newfoundland in the aftermath of the September 11th attacks had been up for seven awards, including best musical.

Come From Away continues it’s run on Broadway, and will return to Toronto in February after a sold-out run earlier this year at the Royal Alexandra Theatre.