16 years after his death, we may get to enjoy more new  George Harrison music. 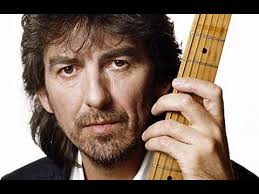 Olivia discovered the lost lyrics for a song titled “Hey, Ringo” in a folder inside an old piano, and decided the drummer should have it.

If the date of the lyrical find is correct, that would mean Harrison wrote the lyrics around the time of the Beatles’ split – and it may have been a bid to keep the band together.