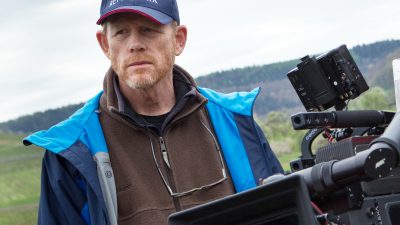 Lucasfilm announced their replacement director today – just two days after Lord and Miller left the project – in the midst of shooting – over “creative differences.”

Kathleen Kennedy, president of Lucasfilm, says filming will resume on July 10th – and the movie is about three-quarters of the way through production.

Howard has directed oscar winners A Beautiful Mind and Apollo 13.