The former Ontario nurse who murdered eight seniors in her care is scheduled to appear at the start of her two day sentencing hearing today in a Woodstock, Ontario court. 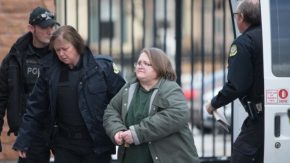 At the same time, Premier Kathleen Wynne will receive an open letter from CARP – A New Vision of Aging and the Advocacy Centre for the Elderly calling for a public inquiry into various issues around Elizabeth Wettlaufer. Read the letter by clicking here.

Jane Meadus is a lawyer with the Advocacy Centre for the Elderly. Earlier this month, she told Zoomer Radio’s Fight Back with Libby Znaimer, it doesn’t appear there was ever an investigation by the Ontario College of Nurses into Elizabeth Wettlaufer after she was fired from a nursing home in 2014 for medication errors.

“They didn’t investigate, or we don’t think they did,” Meadus explained, “It was a very long period of time and so, even under this present system I think they’re still going to have to investigate at least somewhat and the problem in the past is that these investigations take way too long. That is a huge problem.”

The crimes, which occurred in three Ontario long-term care facilities and a private home, make Wettlaufer one of Canada’s worst serial killers.

Crown prosecutors are suggesting all Wettlaufer’s sentences run concurrently, with a life sentence with no eligibility for parole for 25 years on the eight first-degree murder counts, 10 years for the four attempted murder counts and seven years for both aggravated assault counts.

More on the call for a public inquiry on Zoomer Radio’s Fight Back after today’s noon news.