Some of Nelson Mandela’s relatives say a new book by a military doctor, that documents Mandela’s treatment before his death in 2013, is a violation of doctor-patient confidentiality. 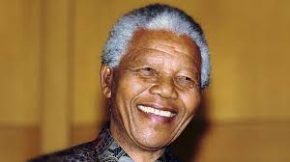 But the retired doctor behind the book says the Mandela family requested the book be written.  Dr. Vejay Ramlakan isn’t saying who exactly gave permission which, according to some observers, could indicate continuing rifts in a family over issues related to inheritance.

The book about the anti-apartheid leader, Nobel laureate and former President of South Africa is called “Mandela’s Last Years.”  It covers Mandela’s health while he was imprisoned during white minority rule and in the intervening years before he died from a lung infection and other ailments at the age of 95.

Mandela’s widow says she’s considering legal action and will consult with the executors of Mandela’s will.