The daughter of the late Glen Campbell has shared an emotional tribute to her father on Twitter.

Just hours after it was announced that the 1960s and 70s music icon had died at the age of 81 following his battle with Alzheimer’s disease, Ashley Campbell remembered her father by saying, “Heartbroken. I owe him everything I am and everything I ever will be. He will be remembered so well and with so much love.” 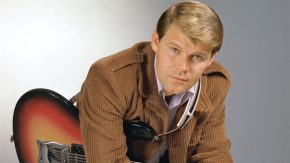 Glen Campbell began his solo career a country star but quickly crossed over to the mainstream with huge hits like Galveston, By The Time I Get to Phoenix and Wichita Lineman. Musicologist Eric Alper told Zoomer Radio’s Happy Gang Show this morning, Glen Campbell was a musician’s musician and a songwriter’s songwriter.

“You talk to anybody in the industry, and he just has those special moments where he wasn’t ‘Hee Haw’ country that I grew up watching, he was like, the real country music that blended into pop that had The Eagles and Linda Ronstadt. It’s amazing when you consider the breadth of his career,” Alper explained.