Nobel laureate Malala Yousafzai is taking her education to new heights, and is telling the world about it. 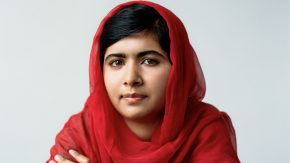 The 20-year-old education activist from Pakistan this morning tweeted her acceptance to Britain’s University of Oxford, saying she is “so excited” to win a spot to study philosophy, politics and economics.

Yousafzai became internationally known in 2012 after she was shot by a Taliban gunman for speaking out for the right of girls to go to school.

After being treated at a Birmingham, England hospital, she continued her education in the city and won the Nobel Peace Prize.