Big Ben chimed its last chime for the next fours year today at noon in London, silenced for repair work that is scheduled to last until 2021.  It will be the London landmark’s longest period of silence since it first sounded in 1859. 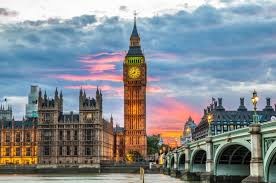 The break will allow workers to carry out much-needed maintenance to the Victorian clock and clock tower, but will deprive Londoners and tourists of one of the city’s iconic sounds.

Some lawmakers have criticized the lengthy silence, calling Big Ben an important symbol of British democracy. They want the time scale for repairs tightened.

Big Ben will be heard on special occasions such as New Years Eve before resuming regular timekeeping in four years.