Something to think about ahead of the long weekend when many drivers head out on road trips.

Distracted driving continues to be a problem on provincial highways. 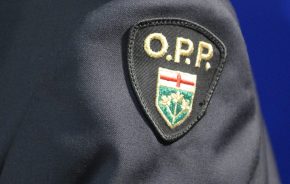 Word from the Ontario Provincial Police is that 47 people have died so far this year because of an inattentive driver, up from 39 such deaths this time last year.

In fact, inattentive driving is linked to more collisions on OPP-patrolled roads this year than speeding and alcohol or drug-related crashes combined.